The Label market has now a new giant, since Autajon Group and Miyakoshi Europe have recently agreed a global collaboration.

Because of this collaboration, Autajon Group has acquired a number of Miyakoshi machines. Each offset machine has a specific and fully bespoke configuration, determined by the particular job criteria at the plant where the machine will be used. The configuration parameters include offset, flexo, hot stamping, lamination, die-cutting and double die-cutting units satisfying all the various requirements of the group for small, medium and large volume runs. 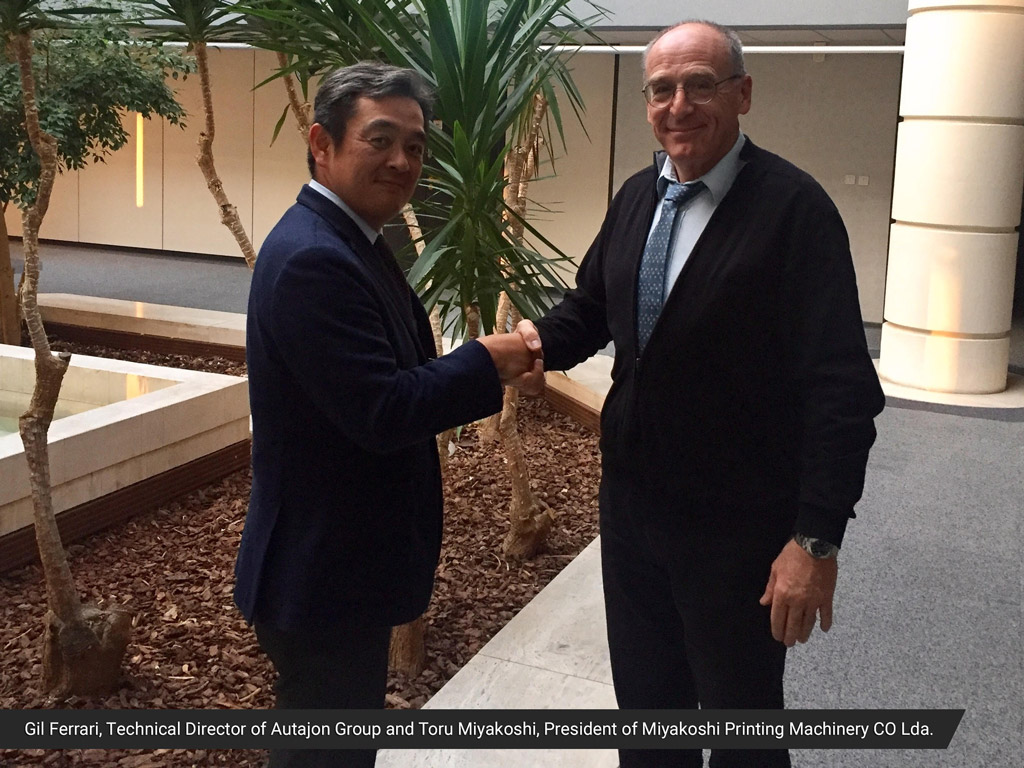 Most of the machines have been acquired as a direct result of the collaboration between the two companies and the rest due to the incorporation of various companies into the group who already had existing Miyakoshi equipment. Many machines have already been installed and are in operation while others are scheduled for installation and start-up in the coming months.

Miyakoshi Europe was launched in April 2015 as a result of the firm commitment by Japanese equipment manufacturer Miyakoshi Printing Machinery to the European market for high-quality labels. “We decided to locate our operations in Spain from where we would develop our policy to expand to the rest of the continent as our main line of machinery is designed for small and medium-sized runs of high quality and very well-suited to the wine, oil, beverages and other markets found particularly in the south of Europe” says Enrique Rodríguez, Miyakoshi Europe´s Sales Manager.

“In Europe, we now have a solid sales and service foundation from where we can offer support to all the distributors while maintaining constant communication with the manufacturing site in Japan”.

One of the main objectives of the new company was to increase awareness of the benefits of its offset semi-rotary technology amongst clients in Europe and to learn about their needs first-hand. To this end, four Open House sessions have been held in various locations around Europe since 2015 (two in Spain, one in Romania and one in the Czech Republic), with more being planned to be held in other European locations. The company has also been directly present at the most important international trade fairs such as the recent Drupa and Labelexpo European events and will also attend the next Labelexpo European trade fair in September. Miyakoshi currently has a user base of 28 semi-rotaries offset UV presses in Europe with more than half installed as a result of the creation of Miyakoshi Europe just two short years ago.

Autajon Group is one of the world’s leading producers of folded boxes, labels and POS for various sectors such as perfumes and cosmetics, pharmaceuticals, wine, alcoholic beverages and confectionery (chocolate-coffee-tea) with 33 subsidiaries in 10 European countries, the United States and China. The scale of the activity of the group is borne out by the statistics. Each year it produces 4 billion cases and 17 billion labels using a total of 470 tons of ink and 800 tons of varnish, etc. 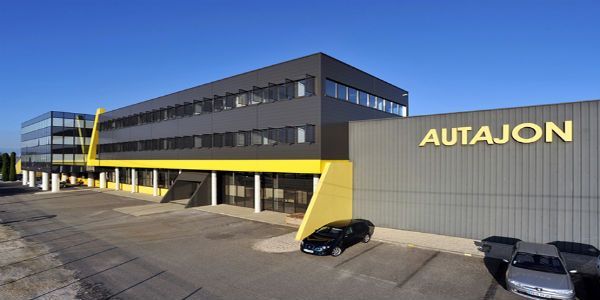 It was founded in Montélimar (Drôme, France) in 1964 with a focus on the production of folded cardboard boxes for the pharmaceuticals sector. The growth and expansion policy implemented in subsequent years saw the firm enter new markets (perfumes and cosmetics, confectionery, wine and liquor) and acquire specialist companies in France and overseas, leading Autajon to become an international group in 1995. Today this growth continues with the incorporation of new companies that specialize in wine, oil, liquor, cosmetics, etc. and industrial labels, enabling the company to continue strengthening its position as a leader in these specific markets.

Negotiations between the two companies started in August 2015, with an agreement for the Japanese firm to supply the first machines in February 2016. In addition to the technical characteristics of its machinery in terms of quality, reliability, flexibility and variety of formats, for the management team at Autajon Group one of the main reasons for choosing Miyakoshi was the presence of Madrid-based Miyakoshi Europe, providing peace of mind through local service support and technical assistance. “Thanks to Miyakoshi Japan’s presence in Europe and with our prior knowledge of the equipment, we decided to embark on this collaboration agreement”, stated Gil Ferrari, the Technical Director of Autajon Group, comments then reiterated by Nicolas Meyer, Head of the R&D Department.

Furthermore, the management team at Autajon Group was already familiar with the equipment as some of the companies that had become part of the group already had Miyakoshi machines and were very satisfied with the results.